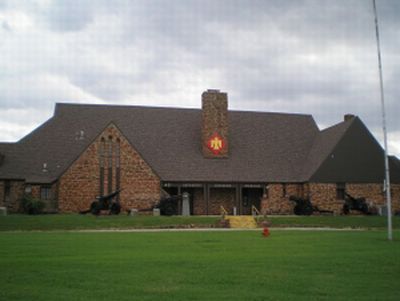 History: The building that is now the museum, was built in 1937 as an armory. It housed many military units of the Oklahoma National Guard until 1974. On September 27, 1976 the museum was opened. The museum contains artifacts and information from many different wars, from the Civil War to Desert Storm. More information can be found here: 45thDivisionMuseum

Investigation: We would really like to thank the curator of the museum, Mr. Michael Gonzales, for providing us the history, reported activity, and allowing us to perform a full investigation. We were unable to capture any significant activity, but we did encounter some significant personal experiences.

We began the evening by splitting into two teams of three.

10:26 P.M: TEAM 2 was in the Medal of Honor room (West end of builiding) while the TEAM 1 went to change a tape in a camcorder that was setup at the entrance of the vehicle room (South side of building). Adam was changing the tape as Bryan turned around to find Dan. What he saw was Dan walking towards the restroom area (East end of building) followed by another person. Bryan later found out that Dan was the only one in the area with everyone on TEAM 2 accounted for.

1:30 A.M: Adam and Bryan were provoking in the Medal of Honor room. Adam felt a distinct finger down the the center of his back while there was no one behind him.

1:35 A.M: Robert and Jonathan were upstairs in the library performing an E.V.P. session. They had an E.M.F. spike at the West side of the library table and at the same time they heard what sounded like a man sigh.


Results: Although we were unable to document any significant activity, we could not ignore some of the personal experiences. We will visit for a follow-up investigation very soon. 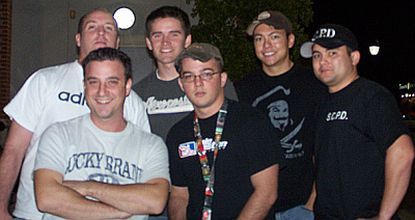